Trojan Sound System is coming to Bellingham for what's set to be a groundbreaking night of Reggae and Ska. Our venue has been open for less than a year but has had the pleasure of hosting artists such as Don Letts, Bez (Happy Mondays), Brandon Block, London Afrobeat Orchestra & Thomas Turgoose to name a few. We are excited to add Trojan to that list.

We have exclusive rights to show Rudeboy: The Story of Trojan followed by a Q&A with Trojan Sound System. A film about the origins and impact of Trojan Records and how Jamaican music paved the way for modern multi-cultural Britain.

London based Trojan Sound System are an institution in Sound System culture. A legendary team of selecta (Daddy Ad) and vocalists, they relentlessly tour the globe, representing the most seminal Reggae and Ska record label in history. For the past decade, Trojan Sound System have spread their message of love and unity through the power of Reggae in all of its forms and UK Bass music, headlining club shows, captivating festival crowds and supporting legendary Jamaican acts such as; The Wailers, Luciano, Lee 'Scratch' Perry, Sly & Robby and the late great, Gregory Isaacs to featuring original recording artists on the Sound System, ranging from Big Youth to Dennis Alcapone to Eek A Mouse to Tappa Zukie to name but a few. Trojan Sound System are the original crew that broke Reggae music and culture back into contemporary clubs and festivals.

Transcending age, race and political barriers, Trojan Sound System play music that satisfies the purest of vinyl collectors, while at the same time, introducing a new generation to the roots of Jamaican music and Bass Culture. Mixing styles and flavours from the past 40 years, the Trojan crew are legendary party starters, ignited by uplifting vocals from MC trio; Supa4 Creation, Chucky Bantan & Jah Buck.

What is the Handling Charge for?

To ensure tickets are delivered safely and securely and to keep the price as low as possible for you, the ticket buyer, The Fellowship & Star generally uses our E-ticket system unless otherwise stated.

For this service we charge a small Handling Fee to cover the debit/credit card processing fees, customer services, processing and distribution of tickets and our secure server costs. We always try to keep these costs to an absolute minimum. If you feel at any time that our prices are not fair or competitive we'd be happy to hear from you.

If you have ordered physical paper tickets there is a further Delivery cost added to cover the delivery of your order through the Royal Mail network.

We always endeavour to keep these costs as low as possible to merely cover the costs of postage. We only charge you one Delivery cost per order so if there is a big group of you recommend purchasing larger amounts in one order.

When you purchase tickets through The Fellowship & Star, the full face value of the ticket is shown. This price is the price set by the event promoter and we pay this full amount to the promoter without any deductions. 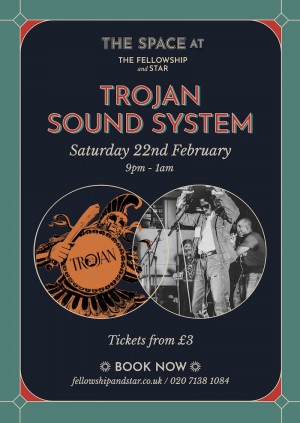